Two blog posts in two weeks!  Will wonders never cease…  But I had two things worth saying, a rare event in itself.  I’m back this time to introduce (or re-introduce) the Ligne Bretagne Morta Collector: 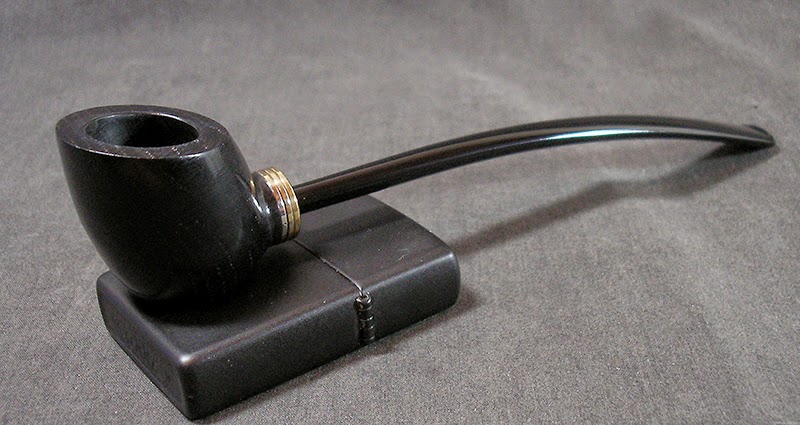 I had a great time working on all those Ligne Bretagne Dukes and Dons recently.  It’s a fun shape, very elegant and stylish, and offering a lot of creative freedom in the final renditions, and I got to thinking…  We don’t have a lot of morta left from Brittany, and I recalled that we had a bag of small blocks that was actually labeled “Probably too small for pipes”.  I went digging through our stock for this and voila, it was just as I remembered: 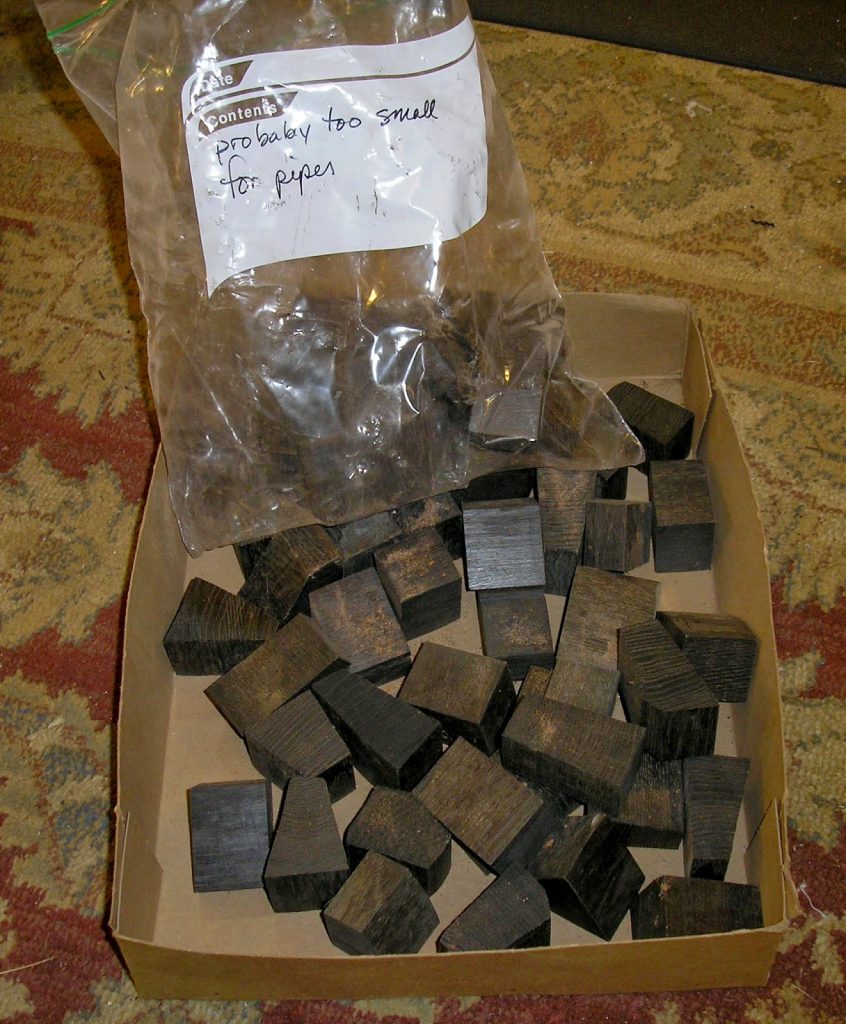 Too small for pipes with traditional shanks, yes, but…  a lot of these are perfect for Dukes, Dons, and other “no shank” variations.  Turning these last smaller blocks into pipes would be a productive way to finish them out, and preferable to the previous option of just cutting them up as decorative rings, tamper parts, etc.  And when I say “these last”, I mean it – In the photo above, you’re looking at the last of my smaller blocks of Breton morta stock.  I’ve got some bigger ones set aside for higher-end pipes, but what you see above is it for the small ones.  When it’s gone, it’s gone, and with no other pipemakers likely to ever set up shop in the Briére, this is almost certainly the last Breton morta in the world.

What’s different about it?  I’ve worked with morta from a few other suppliers.  Thus far in my experience, the Breton morta is denser, harder, and heavier.  It’s very rough on workshop equipment, and just sanding it is prone to wear out sanding discs and drums almost immediately.  It also possesses, in my opinion, a richer, darker, earthier flavor than other mortas that I’ve worked with.  It’s positively made for latakia, and excels with any really strong and dark tobacco, offering a flavor that is quite literally like nothing else.

So, this will be the next site update!  We’re working on the first several of these now.  I plan to work our way through that box you see above until they’re all turned into pipes, or at least all the blocks that are usable as pipes.  This is pretty much the definition of “Limited Edition”!