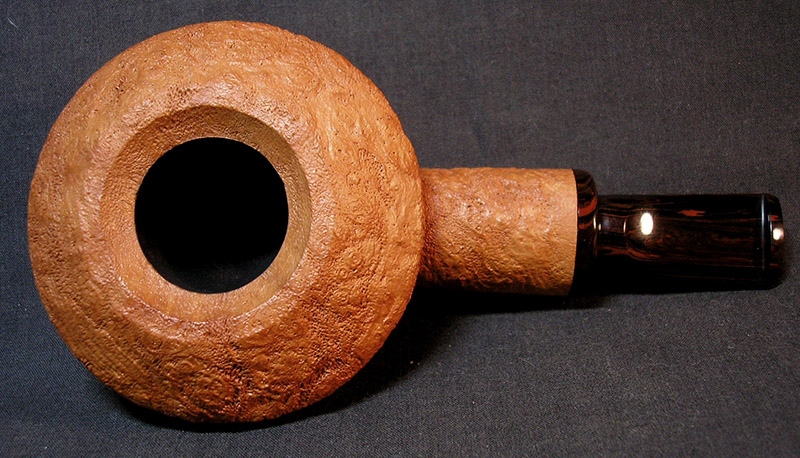 Here’s a useful trick to know.  I found myself in the annoying position of having to change the grade of a pipe yesterday.  This is not something that I have ever done before, but I felt it was warranted.  There have been a number of times in the past when I’ve looked at something and thought, “You know, I really could have marked that a grade higher.”  This time, however, it was something I changed my mind about after the fact.  I was working hard to finish this pipe up for the CORPS show, and ended up doing the final stamping and detailing on it the morning that we were packing to leave.  At the time, I was fresh from working on it and filled with the usual enthusiasm that I get for most current projects – The coolest pipe is always the one I’m working on “now”.  I looked it over, admired its tight ring grain, was impressed by the fact that I could leave it natural, and made the quick decision (with my wife walking back and forth past me with stuffed suitcases) to stamp it a grade 3. This put it on the same level as the chubby bent billiard I recently finished: 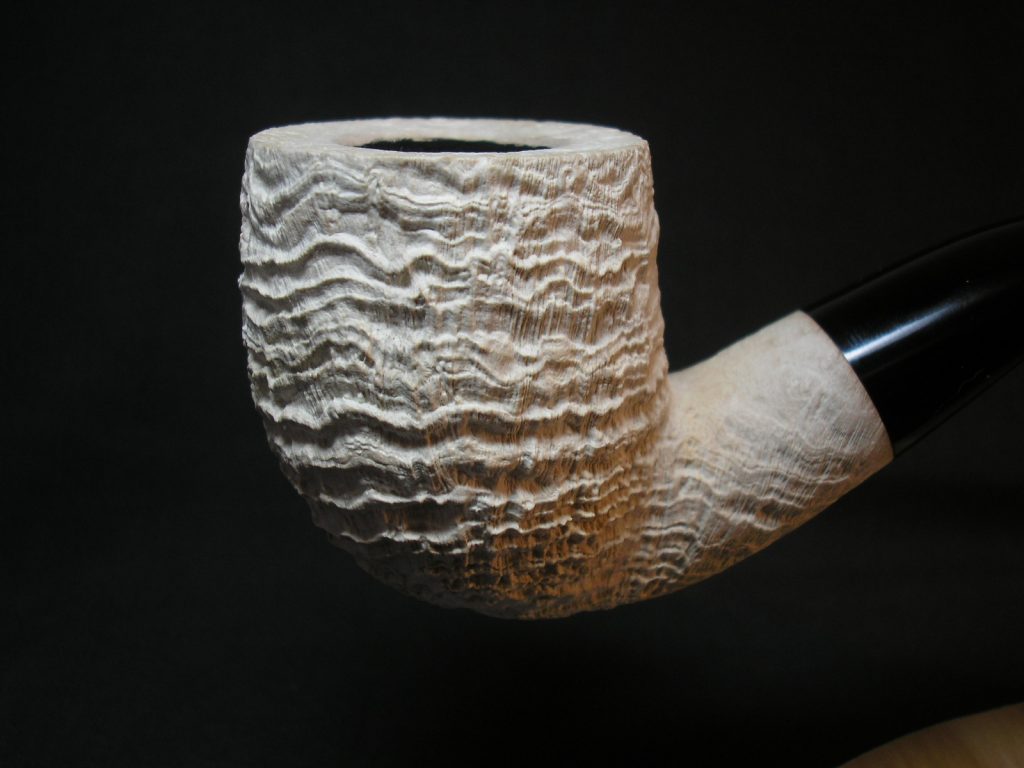 While nice, I got my first real chance to look at it objectively at the show, and the new one just wasn’t in the same grain league with the bent, which had much friendlier wood and an accordingly deeper blast.  With extended consideration, I decided I’d marked it one notch too high and wanted to change the grade from a 3 ($550) to a 2 ($415) before posting it on the site for sale.  This brought up a prickly problem, though – HOW to get rid of a nice deep “3” stamping in a crowded smooth oval on the bottom of the shank, without sanding it out and making a recession/ripple.  And also without removing the logo and year stamping!

I talked about this for a while with Emily and she came up with the final solution.  Most people know how to use a wet rag and an iron to steam dents out of a bowl, but this needed more finesse.  What I did was this:

I hope I never have to do this again, but for what it’s worth, there’s a handy new trick to jot down in the grimoire in case of unexpected need.

Thanks! I take grading as seriously as I can, though to an extent, it's always going to vary over time as perceptions alter.

Chaos results in innovation, it would appear. I really appreciate your dedication to the value of your grading system and the value of your patrons that is revealed through your obsession and determination to fix a perceived error.

Well done all around!

I like that you found this out in a way that would help you, but I can't help but recall that this is also a way that Netsuke Artists accomplish dent removal and also to a point raised texture surfaces. Actually I think that you just confirmed for me that Netsuke carving might be very possible on briar pipes. So … a double thumbs up on this one Trevor.