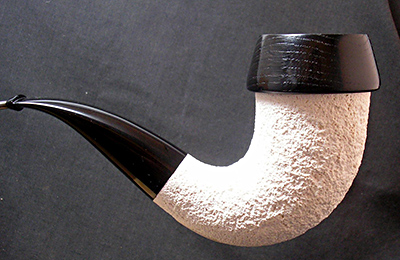 For several days now, I’ve had in my To-Do list the nagging, unchecked reminder that the Pipe Blog is due for a new article (Yes, I now have reminders scheduled into my To Dos, to be sure that the blog is updated regularly and avoid those 6 month long desert periods when I used to forget it existed).  But I’ve been stumped for a subject.  When a blog about pipes has run for as many years as this one has, one pretty much exhausts the available topics and thinking up posts that aren’t rehashes of previous articles is a major challenge.

I grumbled about this in my recent email update notice, and one of the responses I received suggested writing an article about what constitutes a true high grade pipe.  I was prone to dodge this one primarily because this is an undefinable subject and anything that I write is likely to send someone into a blithering rage, but on second thought, I realized something had changed in my outlook over these past 13+ years in the business and I hold an odd opinion here:

I don’t care what is or isn’t a “high grade” pipe.

What I do care about are interesting pipes, or perhaps I should say Pipes of Interest.  Whether a pipe is interesting to me personally is far more important than whether it is considered a “true” high grade or not, because to be frank, that sort of class division seems a bit silly anyway.  Take it down to the bone, and what you will tend to find with collectors who only want to buy “true” high grades is that they’re desperately afraid of ever buying something that might be perceived as lesser, lest this somehow reflect badly on them.  A)  I’m not that insecure, and B) I’m not that much of a snob… and really, we’re speaking of snobbery here in unadulterated form.  I’ve witnessed long debates over whether a high end factory pipe could be considered a “true” high grade or not, and in my opinion this totally misses the real question, which is, “Do you want to buy it and smoke it?”  If you like it and want it, what difference does it make if it’s perceived as a “high grade” pipe or not?  (I’m going to wear out this quotation mark key, but I just can’t type “true high grade” seriously…. See, there, I did it again.)  And if you don’t personally like the pipe, what bearing does its perceived grading status have on anything?

A lot of stuff gets proffered towards this debate – High grades should have handcut stems, they should be from single artisans, they can’t be factory pipes, they must be fully handmade, they must be in some exotic shape that’s the current de rigeur among collectors…  I could go on and on here but ultimately, I consider this a fruitless attempt to build a “true” high grade checklist that one can refer to in order to be 100% assured that they’re buying a genuinely elite pipe and not some “lesser” item.  Personally, I think worrying about where a pipe falls in the Great Pecking Scale is virtually worthless in comparison to whether I actually like it or not.

Lest this just be another, “Buy what you want, smoke what you want” monologue, however, I will say that I do distinguish between pipes in one way – To me, there are Pipes of Interest and everything else.  A PoI, in my opinion, is a pipe & brand that says something to me…  Something that intrigues, excites, and tickles the fancy.  In the glory days of the Dunhill pipe, Dunhills were PoIs because they weren’t just a pipe, they were the story of a brave entrepreneur who developed fascinating new techniques in pipe finishing, and who sat at a table in front of his demolished shop after a German bombing run, selling what he could salvage.  For me, PoIs are about the shapes that grab me and the stories that go with them.  Bo Nordh, wheelchair-bound and making pipes still, or Tom Eltang, master of the contrast stain.  Where did the artisan come from?  Does he have a vision?  Has he ever done anything truly original, or does he just crib from others?  Does this brand follow trends or make them?

Does the maker or brand have a story?  If I see a pipe from David Enrique, I know that not only is it a well-designed and clever bit of artistic elegance, but also that it’s from the young fellow who apprenticed for years in the French pipe factories, learned the trade moving from job to job, and even traveled as far as Brittany to talk with me about techniques and sandblasting.  He’s got a history and a story behind him, and that carries into his work and makes it more interesting to me.  Not so much, I have to say, for the guy who decides he’s going to make pipes on weekends and goes online to copy down all the available technical instructions to follow to the letter.  Today there are plenty of pipes on the market using “briar from Mimmo”, “only the finest German ebonite rod stock”, etc etc, in every version of blowfish you can imagine, and for the most part I just don’t care.  Most don’t grab me – There’s not enough passion and sacrifice in them to make them PoIs for me, regardless of whether they qualify or not on the “true high grade” checklist.

Here’s an example – I’m very fond of the clay pipes of Gerard Prugnaud.  High grade collectors might sniff and balk since these are clay pipes with… *gasp* molded stems at affordable prices, but I look at them and know Gerard’s lifelong history with clay and his collection of molds a hundred, two hundred years old.  They’re not just cheap clays, they’re a unique creation of one man born from decades of immersion in the craft and from a history of clay pipemaking that’s far beyond a lot of “high grade” briar artisans working today.  This is why a 40 euro bent clay calabash is a PoI for me while the latest damn $900 blowfish from the latest hot new maker is not.  PoIs are all over the price scale – It’s not a matter of grain or shininess or how much fossilized Megalodon tooth is used as decor, it’s about – for me – the story of the maker behind it…  Who he is, where he came from, and whether his work is unique.

And that’s why I don’t care so much about what constitutes a “true” high grade or not.

Great topic and contribution. After taking a 25 year hiatus from pipe making (not carving), I was shocked at what collectors were "collecting" and what constituted "high grade". In my opinion, many of the recent "high grades" are merely copies of Danish or Nordh shapes, hardly Pipes of Interest but some have more money than sense and others more ego than creativity. Your pipes have always been POI for various reasons;the je ne sais quoi of presentational objects of art is and should be difficult to put into words. I smoke them and enjoy the very special event – an occasion to be sure.

Good read Trever. For me it has to be well made and well cured quality briar but there are a lot to choose from. So it also must be a shape or style that appeals. The first part satisfies the smokeability of the pipe and the second part appeals to my collecting foci.

Right on, man. I appreciate this article. I smoke a 300 buck Wiley Patina, A 120 buck Stanwell HCA2 and gimmee eagle-claw one after the other and the only thing that makes a difference between them is how recently I've done a good cleaning on 'em. I don't expect to ever get my hands on one of those $900 blowfish thingies, though they're quite pretty. I like the three I have listed because they're neato, mean something and smoke great.