The Comic Strip that Never Was 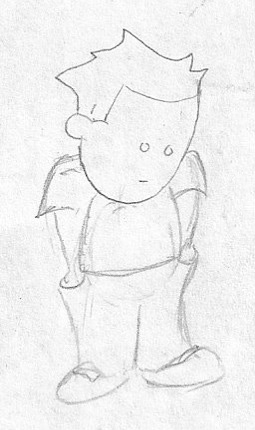 Once upon a time, I came very close to designing and writing a pipe shop comic strip for this blog.  Coming up with subjects to write about time after time, for the (Good lord) 9 years that this blog has been going, can get to be a hell of a challenge – Most of the article topics I think of, I’ve either already done or Neil Roan has done better.  But a few years back, I wrote a post called “The Insta-Guide to Pipe Forum Personalities“.  It got a lot of laughs and has remained one of my most popular postings over the years since, and has been linked in a fair number of forums (I do hope that my concise definitions of everyone a person can hope to encounter on a pipe forum has proven useful to various newbies, even though today I could add several more character types to the list).

Shortly after, I started thinking that a comic strip might be fun – Something to add some variety to the blog and provide an amusing mirror of our hobby, building off of the character types I’d written about.  While still in France, I doodled a few simple character designs and turned the idea over in my mind a few times.  It would be set in a pipe shop, would feature some simple hand-drawn art, and would revolve around the quirks of the folks in the smoking lounge.

I was reminded of this idea recently when I started work on my own comic strip for my Kentucky Fried Popcorn blog, which is all devoted to movie reviews of the wacky films I enjoy.  I’ve been sketching out the different characters for the KFP strip and having a great time of it – The little fellow pictured above is going to be the lead, in what I’m setting up to be a culture commentary cartoon set in 1977, when my younger self builds a time machine that allows he and his friends to view movies and broadcasts from other times (and occasionally travel there).  It will be a gentle creation most likely… A touch nostalgic for life at age 11 coupled with opinion on modern life and film.

While the KFP comic project is well underway, the pipe comic project is lost and forgotten, with all the sketches for it trashed sometime before our return from France.  The biggest blockage over there was time – It became rapidly apparent that I was never going to have the free time to sit down and do anything like this, just for fun, when money needed to be made.  But also there was the problem of politics – Namely, pipe world politics, which would have been a difficult and very touchy subject to navigate for one who is part of the business.  When you’ve worked in it for as long as I have, you see plenty of situations that deserve a good sound mocking via humor, but the downside is that you’re almost certainly going to mortally offend someone and that person will be all over the forums flaming you to a briquet.  There were a few people quite offended by the Pipe Forum Personality Guide, so I can only begin to imagine what the reaction might have been had I done regular comics poking fun at the ranting blowhards, the distinguished trivia experts, and the crazy guy who only smokes Captain Black.

I don’t have the time for that sort of thing, nor the patience, really – I’m much better at working quietly in the background, just doing my thing, than trying to sooth ruffled egos and cope with public relations once some fellow has had an aneurysm from his frothing conviction that some particular cartoon joke was aimed at him.  I’ll stick with Kentucky Fried Popcorn, where I can say whatever the hell I think is funny without worrying about whether it will cost me a sale to my customer base.  But it’s a bit sad, too, to think about what might have been, and where the idea might have gone – I do think our hobby could use a humor injection and our own web comic to give us some common ground, so maybe with any luck someone else will pick up the idea and run with it someday.