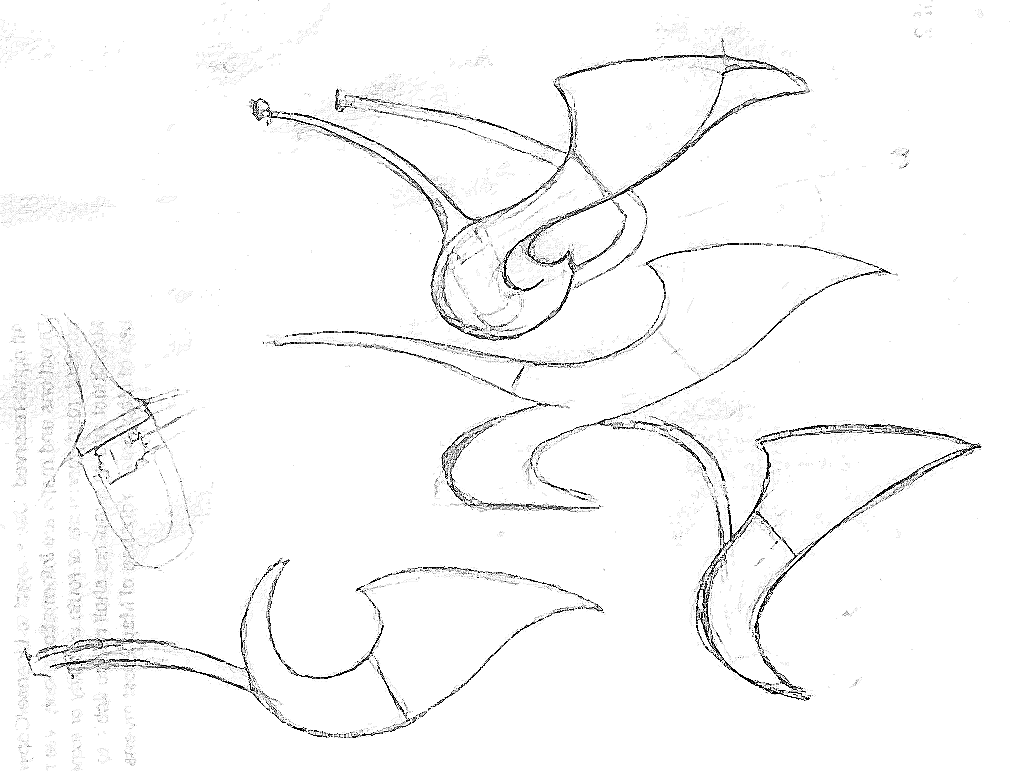 I posted this sketch page recently to our Twitter feed, and after a bit of work on this project, I thought it had the makings of an interesting blog post.  The story begins with the various doodles at left.  Of the lot, my favorite was the top one, but it does have the minor problem of not having any sort of airhole connection to the stem, so I knew it was going to be a project requiring some thought.

Fortunately, expansion chamber designs are something that has always interested me – I started working with test pipes utilizing different sorts of chambers some 10-11 years ago, and have kept at it since.  The concept is simple, and has been in use by Peterson and gourd calabashes for ages – Instead of keeping the airhole connected and of generally the same size from bowl to stem, insert a large open area into the path to allow the smoke to expand and cool.  This has a benefit and a drawback – It takes some of the bite out of the smoke, and mellows it, but it also produces a localized spot of condensation that must be dealt with.

In the case of this pipe, what I wanted to do became a fairly complex project.  I needed an airhole extending from the bowl chamber down, passing into the top part of an open expansion chamber in the lower section.  Not wanting to use two pieces of briar due to the visual mismatch of differing grain patterns, I opted for a lower section made of very old and well-seasoned Holly.  Here are the two blocks rough-cut and ready for drilling: 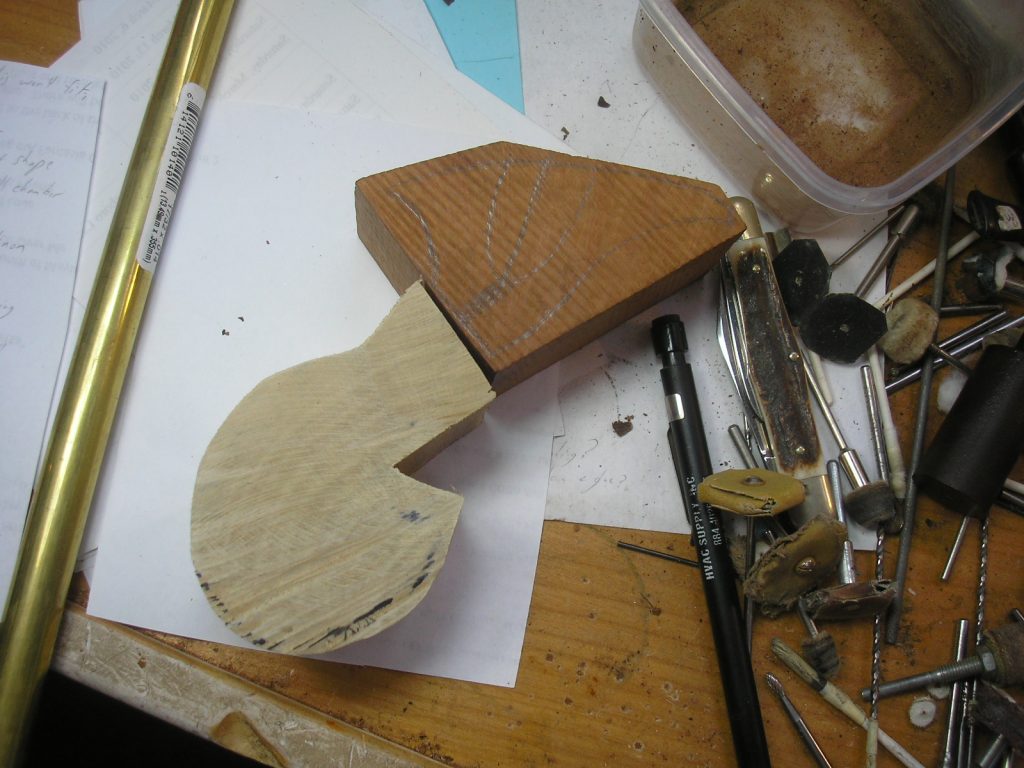 The next trick was the design of the expansion chamber itself.  I didn’t want the Holly to be directly exposed to the smoke, since it isn’t as flavor-neutral as briar.  Also, I wanted something more absorbent – The main enemy of expansion chamber designs is accumulated moisture, so I wanted the chamber to be made from the most absorbent material I have.  That would be Somalian meerschaum, a tough and rocky variant of meerschaum that is much more porous than Turkish.  The surface is granular and soaks up moisture wonderfully – In fact, my own Somali meer is one of the best smoking pipes I own, despite being a long way from the prettiest.  With this in mind, I sketched out the design for a tube insert, made from this meerschaum, with an open interior in which the smoke could expand and the condensate be absorbed.  The stuff dries out very quickly, and cleaning would be easy with a pipe cleaner or Q-Tip if it did begin to gurgle. 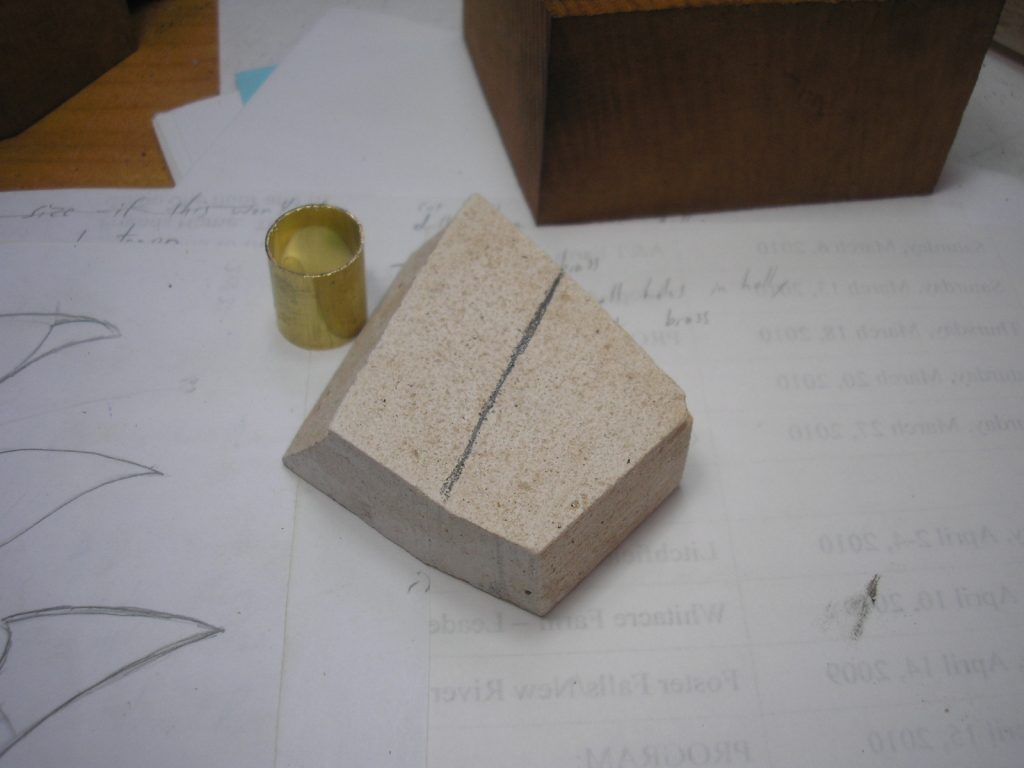 The layout got complex – I’d need a brass inset ring for strength around the mortise joint, which would leave the tenon opening into the expansion chamber below.  The above pic shows the cutoff ring insert and a sawn off chunk of Somali meer, showcasing just why it is so much less pretty than its Turkish counterpart.  Here, however, I’m after performance, not looks, and it should be ideal.  It goes onto the lathe to be turned to the size of the drilled hole in the lower half of the pipe: 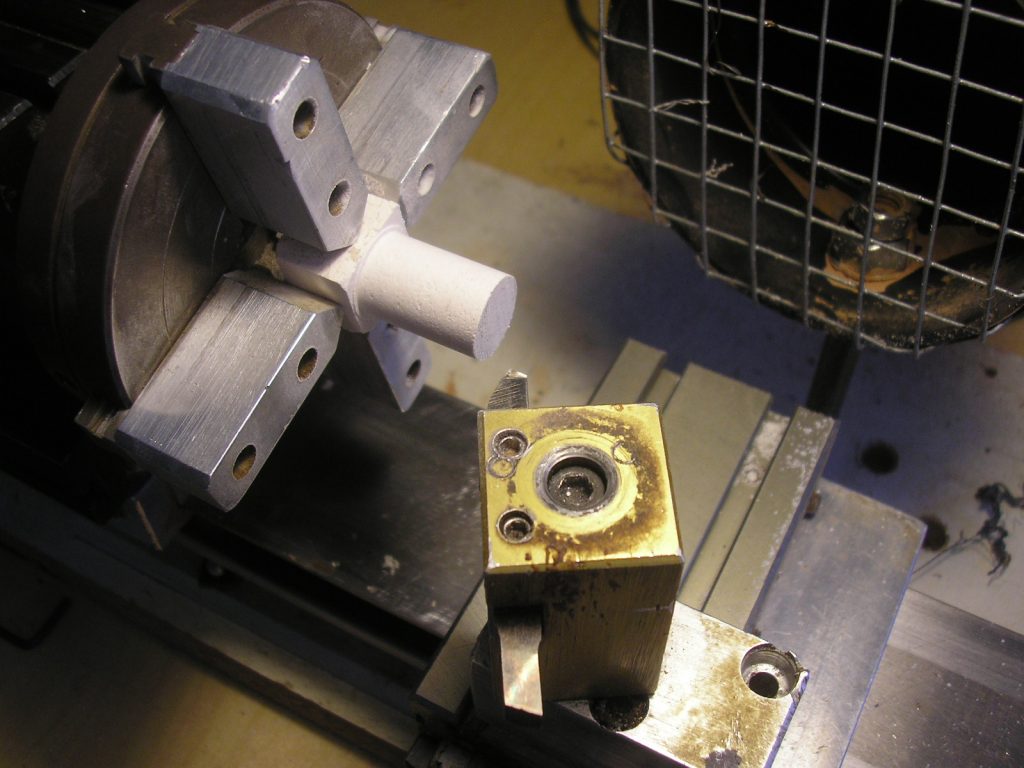 Once turned, it is slipped back into the chuck to help prevent cracking and then drilled out, opening it up so that it can become the meerschaum lining of the expansion chamber: 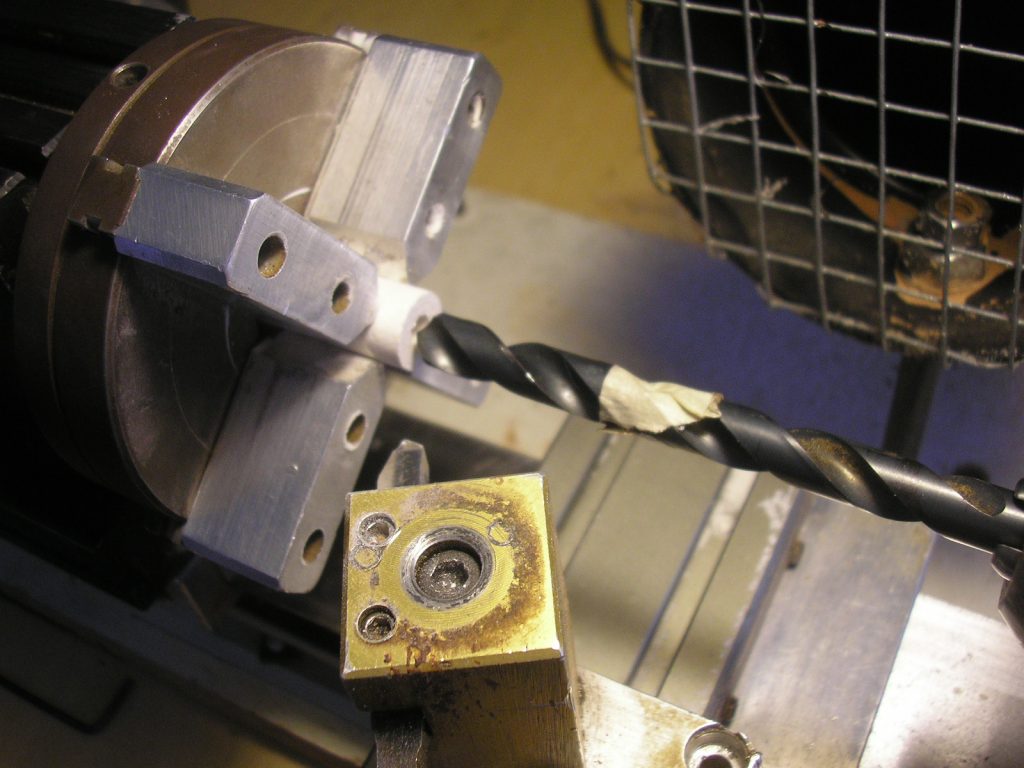 When all is said and done, I’ve got my internals – A highly absorbent and quick-drying meerschaum expansion chamber that will last effectively forever with proper care, and the making of a strong stem join.  Part 2 will look at the progress of the pipe from here.  If all goes well, I should have not only a new and interesting alternative to established expansion designs like calabashes and system pipes, but also an enhanced creative freedom in design, since the setup allows me to break away from the traditional straight-arrow airhole layout.  The most crucial questions at this point are – Can I tie it all together visually into an attractive and exciting design, and also, will there be any buyers for such an exotic specimen? 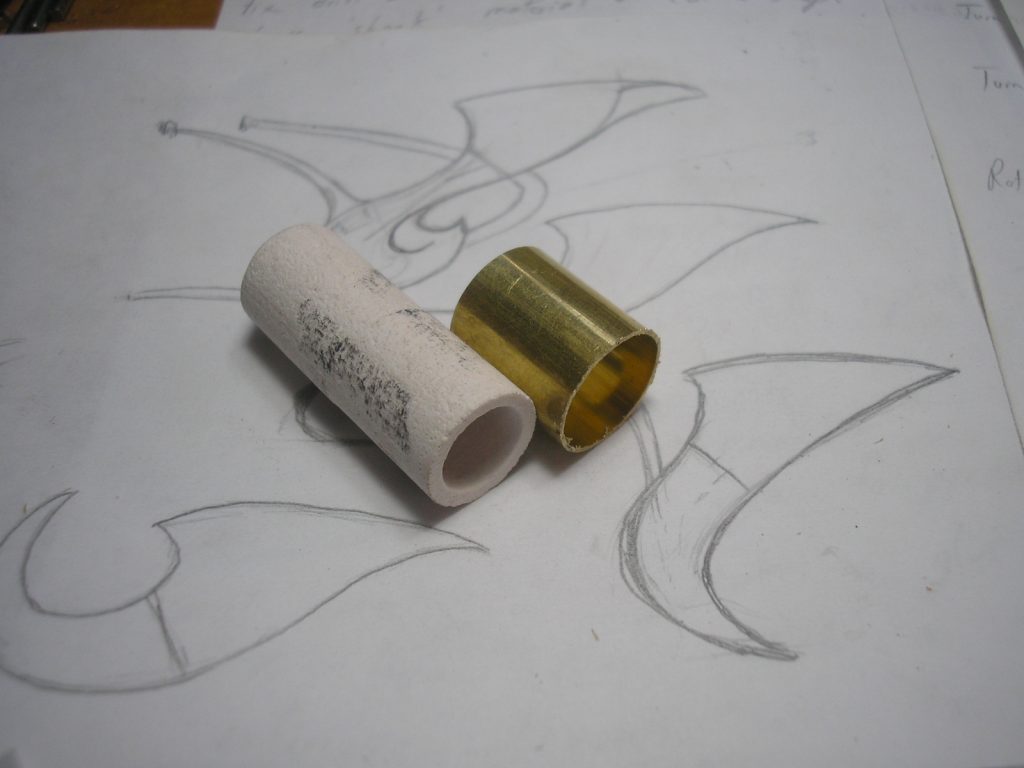 This is going to be unique in design as it looks now. I can hardly wait to see what is instore for the rest of the superb craftmanship of a talented artist.

It's really hard stuff, and very pale in color, whiter than briar. It doesn't have an obvious surface grain pattern, which is why I wanted it as the companion wood, since it would not clash with strong briar grain.

What are the characteristics of the Holly?

This looks really interesting, both in design and execution, looking forward to part two!