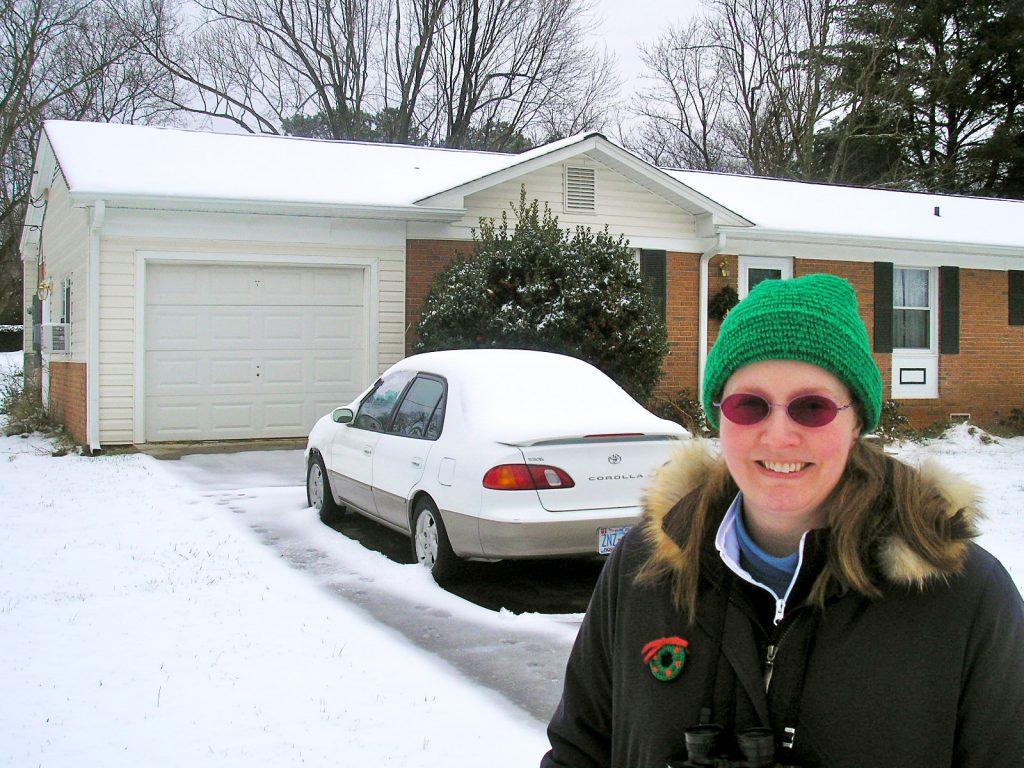 Biz news flash!  For those of you who are not on our mailing list, you might be interested to know that I’ve posted four unsmoked Talbert Briars for sale to the “final beta” version of the new website – You can see the pipes for sale here.  You can also get an advance look at the style of the new site, as well as the new online payment system.

I realize the photo to the left may seem a bit incongruous coupled with this post title, but maybe I can explain.  We’ve been hit here in NC with an unprecedented pre-Christmas snow this weekend (Really, I can’t remember the last time it snowed in December here, but I’m guessing it was back in my childhood).  As I type this, the roads are frozen over with sleet and slush, and likely to be that way through tomorrow as well.  Seeing snow at this time of year is an absolutely joyous event for us, since we only saw snow perhaps two or three times in seven years of living in Brittany – There, winter mostly meant eternal darkness, overcast skies, and rain for weeks at a time.  We spent the day out walking our new neighborhood and taking photos, some of which I posted to my Facebook profile for those who may be curious. 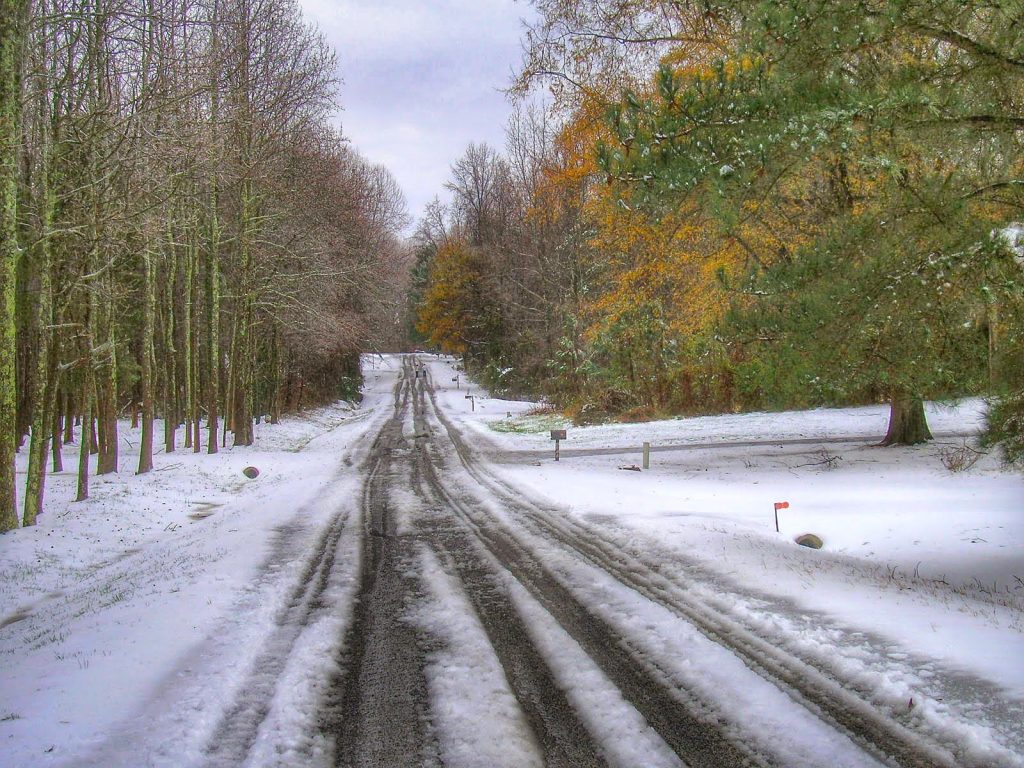 So, with this sort of scenery surrounding us today, what’s the issue?  Well, we talked a good bit as we walked.  Emily has been increasingly uneasy for the past week and after some discussion, we both nailed down the origin of the feeling – It’s the seasonal return of France-induced paranoia that any time anything seems to be going well, something truly horrendous is waiting just around the corner…. and this went double during the holiday season.

Our first winter there was the coldest on European record and our heat went out for days, leaving us living and working in a 21 degree house.  Later years brought plumbing system backups, massive money-losing projects, and the regular December tax bill, which for us was generally a 1000+ euro surprise just in time for Christmas shopping season.  Seven years of life in a country that was actively trying to kill us in every possible way seems to have left us both with a deep suspicion that any time things seem to be going right, this just means something much worse is waiting around the corner.

It’s going to take a while before we relax.

The good thing is that like those mythological beasties of yore, naming the lurking fear helps to banish it.  Looking back on 2009, it’s a bit humbling to see just how much has gone right this year, despite the fact that we’ve literally lost everything we ever had in savings and equity.  Synchronicity seems to be on our side again – When we need help, there are friends to help, when we needed a vehicle, an ideal one popped up, when we needed workshop stock and equipment, lots of US pipemaker friends helped out with loans and donations.  We are, in short, incredibly lucky people despite the problems we’ve had this year.  We watched “It’s a Wonderful Life” the other night and were struck by just how close to home it was.  Cynics might dismiss the film as overly sentimental or saccharine, but once you’ve lived through a similar experience, it changes your outlook forever.

Merry Christmas, from the backyard of “Atelier Talbert”! 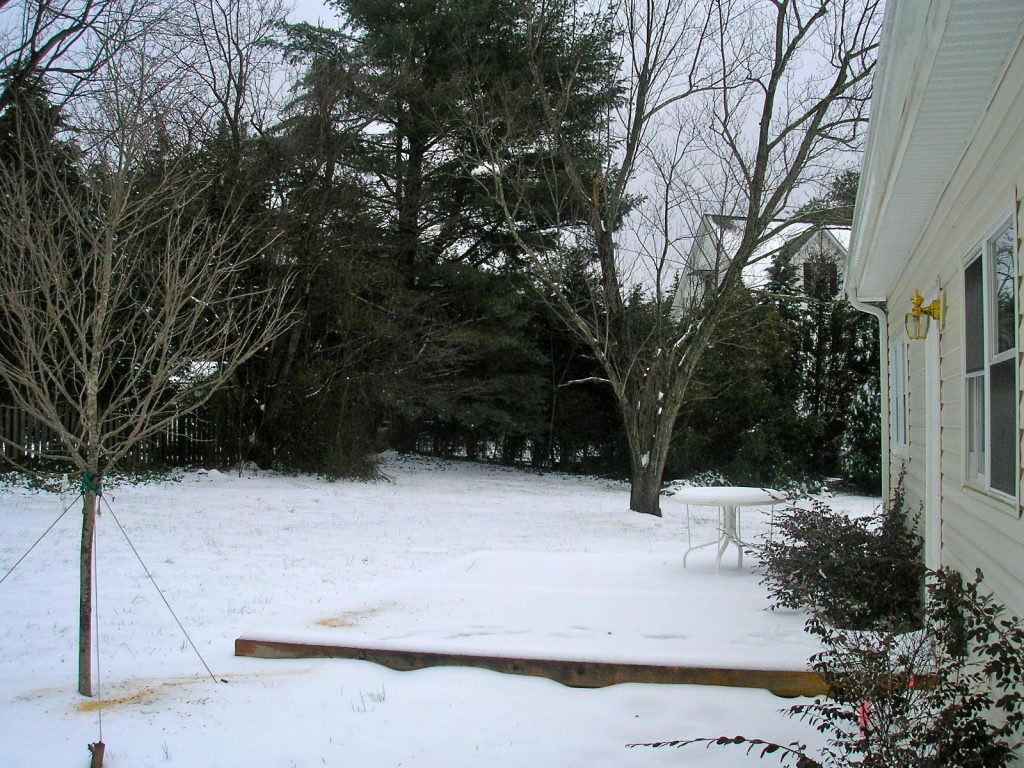