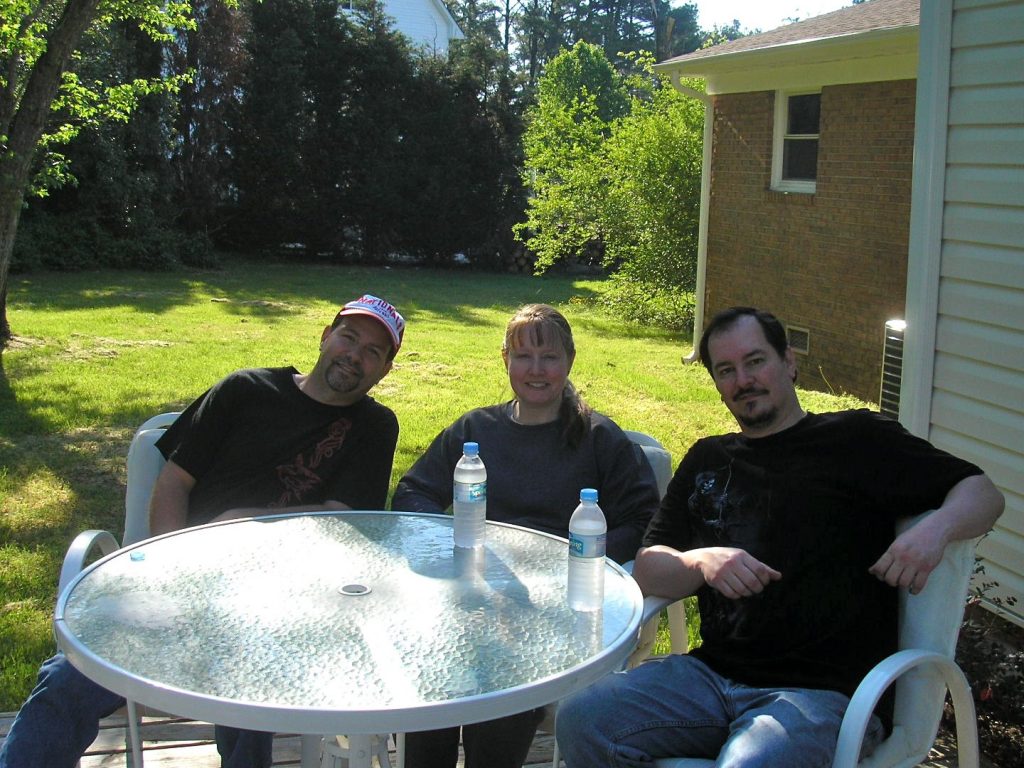 We are back in NC! In a mad whirlwind, Em and I departed Herbignac with the cats in tow. Stressed out in their carriers, Loki gave us a blast of explosive cat diarrhea which she proceeded to roll in and lie in during the car trip to the Nantes train station, so we were soooo popular on the train… (Em hauled the cat through three TGV train cars searching for a bathroom that had a working sink to wash the cat off in, but never could find one that funtioned properly, and ended up blasting the filthy cat with spurts of random tap water, while I sat in the back of the car with the better-behaved feline, Freya, and reflected on the joys of international travel)

Tip to those traveling under stress – the CDG Sheraton, despite its excessive room prices, more than makes up for its cost by giving you a luxury room at the airport from which you can simply walk to your flight the next day – no exhorbitant taxi fees, no traffic jams, no racing the clock.

The cats both vanished under the hotel bed and refused to come out, until morning came and human bait and treachery prevailed.

Eight hours and fifteen minutes of flying found us back in the states, where my parents met us for another six hours of driving from Washington to North Carolina. For the past week we have been settling gradually into our new home while friends and family phone and visit daily. English overload! It isn’t as bad as I had feared – I adapted pretty quickly to once again being able to follow multiple dinner conversations at once – but it does get exhausting, still. I find it takes very little “native socializing” before I’m worn out, tired and ready to go somewhere quiet and read a good book. Of course, I was like this before we moved, so it’s hard to say how much is due to France…

I’ll be writing more over the weeks and months to come. We have a workshop to build from loaned equipment, and a lot of setup work to do. I don’t realistically expect to be making pipes again for two or three months, at a guess. In the meantime, expect some random rambles about re-culturation into the US lifestyle and the shock effect of being a seven year time traveler in one’s own country.

(Note – Good Mexican food is as excellent as I remembered, and even Taco Bell is a marvel after having McDo as your only fast food for years)

The cars are enormous. People have pickup trucks to drive three miles to an office job. Our cola bottles are the size of my torso. We have bags of chips that we could carry a cat in. More to come, but in the meanwhile, Em watches birds from the back deck. 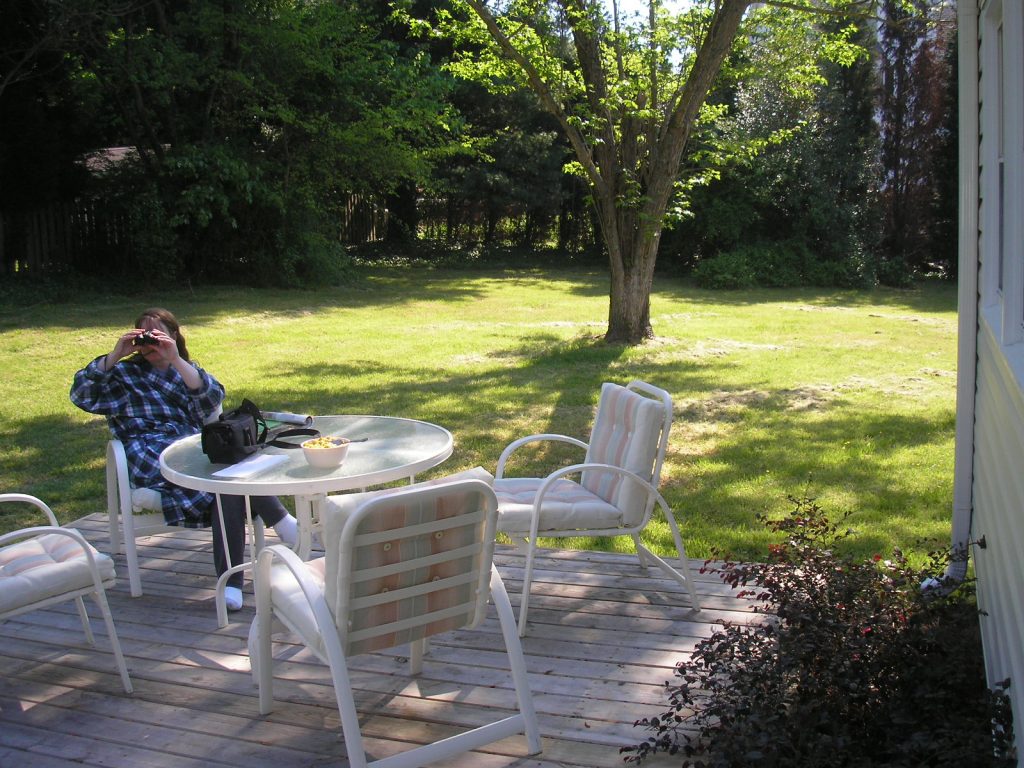 how good to hear that you arrive safely. Now calm down, don’t hurry, just let yourself the time to arrive in your new old life again.

Trevor, We are all glad you are back. I spent nine years in Japan and understand the “Time Travel” aspect of your sojourne.

Hey Trev… assuming that the cat has calmed down a bit, get in touch with me my friend!

Roxi! Hello! What’s all this I read about SF closing down? Where is everyone going to migrate to?

Welcome home, you two. Glad to read that you and the kitties made it safely. Will check back to read about your further adventures.

It’s nice to read you again, and to know you are doing well. Greetings from (not so healthy) Mexico.
Guillermo Ruizlimón
Pipaclub San Luis.

Hehehe! Great to have you back Trever. I can’t wait to hear about your expiriences in relearning to live in America.

I know you are happy to be home. I loved living in France for nearly 4 years, but was happy to return to Georgia. Unexpectedly I had a very difficult time to adjusting to life back in the US. Things had changed, and I was not really prepared for some of those changes.

You will once again learn to appreciate round door knobs, large containers of food in the grocery, competitive pricing, sales not dictated by the government, etc, etc, etc. You will miss efficient public transportation, enjoying long meals in locally owned restaurants, being greeted each time you walk into a bakery or meat market, having your smallest purchase beautifully wrapped by a clerk in a shop.

You will fondly look back on your experience in France and some day believe that it was a once in a lifetime experience that few will ever have.

Welcome back. Hope you both are getting settled in and are happy to be back in NC.