Ghost of an Idea 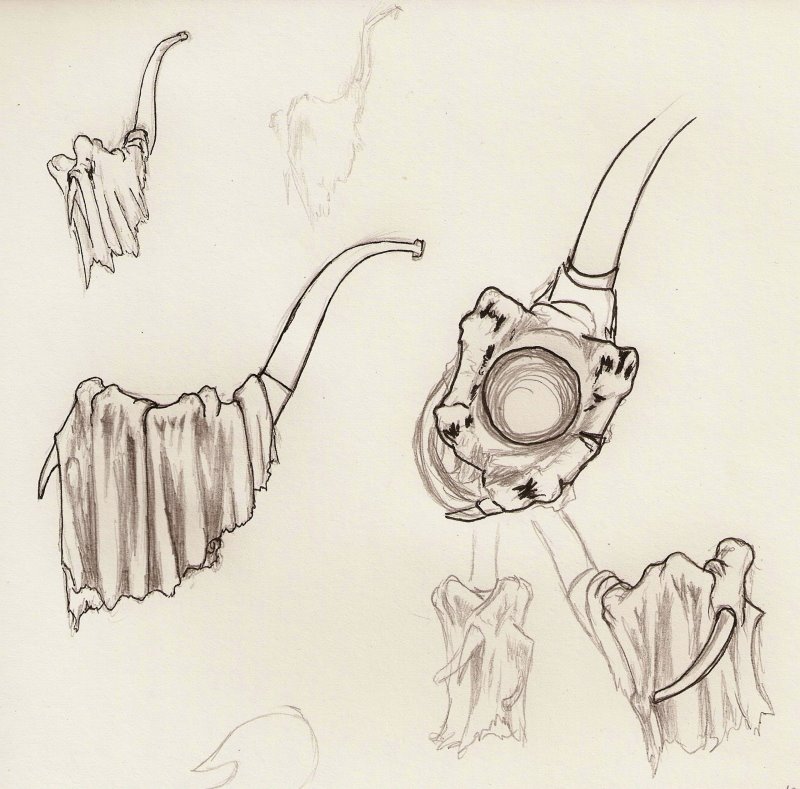 I mentioned in my last email notice that I had a speck of an idea floating at the back of my mind. In the US, we tend to focus all our horror and fantasy-oriented projects around October, culminating in Halloween, but I’ve been amused and entertained since moving to France, to learn that Britain has a long tradition of Christmas ghost stories. In fact, the BBC is more likely to air haunting films across the twelve days of Christmas than they are Halloween night!

I think it’s fitting – Christmas is a time of joy (in theory), but it’s also a little bit scary and creepy, especially for those of us who grew up loving the story of Scrooge and his all-night haunting. With that in mind, I decided to see if I could create a few Talbert Briar “Christmas Ghosts” this year. I want them to be a bit different from the Halloween pipes, more suggested horror than overt – a theme that’s proving to be an exciting design challenge.

Here are a few of the first sketches of what I have in mind for one single pipe idea. I don’t know how many I’ll make – as many as I have time for and seem likely to sell – and I don’t know how much they’ll cost (but unlike the Goblins, they will be genuine Talbert Briars, handmade right here from end to end, and probably falling into the category of, “If you have to ask…”). If I could sum up this first idea, I’d call it, “Something very disturbing under a sheet.” Among the various derivations, the top left and the bottom right drawing are my favorites, and I’m especially taken with the extra-long wrap-around nail for both disturbing and practical reasons.

We’ll see where it goes….

Brilliant was the exact word that came to my mind as well. Ironic, considering the shadowy and phantasmal nature of the design. It was the left-middle sketch that did it for me. Perhaps like ghosts, it struck me that the shape has been there in pipes all along, but I had never clearly the ethereal drape.

Brilliant! I like that a lot. More-so than the goblins even – it’s the dash of subtlety. I like how you’re planning to work the rough edges in.