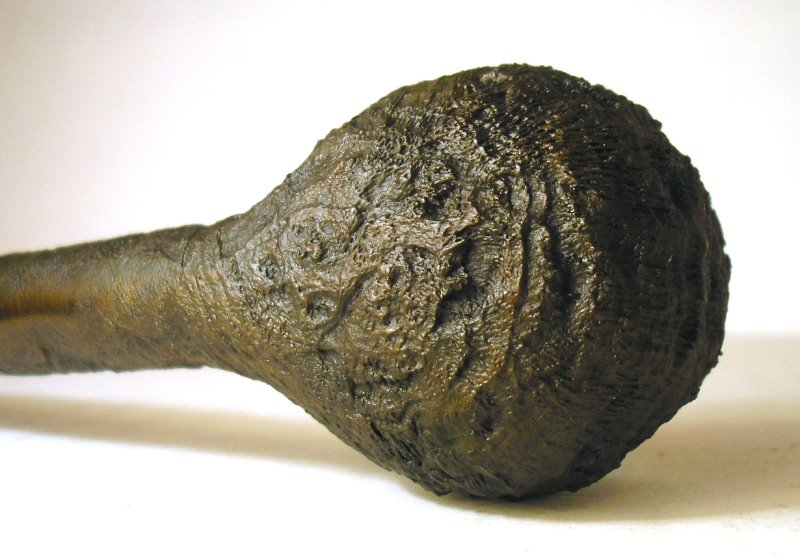 I don’t even begin to have a theme for this post, just some pics of a couple of just-finished pipes. The first one up is a Ligne Bretagne Prince sandblast, one of the ones from my recent pipe flavoring adventure. All three Princes are finished now (the unmodified one and two “adulterated” ones, one to sell and one for me to smoke). This one is mine, so I tried yet another variation of Froud Green staining on it. This version includes a bit more brown but I think I actually want to get the recessed areas even more deep brown/green than they are now. Still, I’m quite happy with the coloring.

Smoking-wise, it’s odd but enjoyable. It’s been such a long time since I’ve smoked a pipe that’s been “tweaked” this way that I’d half forgotten what it was like. The flavor isn’t as tangy as I remembered – a difference of using local French cooking ingredients, perhaps? This is why I wanted one for myself to smoke as well as one to sell, just to make sure using mixtures from a different ‘terroir’ did not overly alter the result. I’ll have to try a subtler VA blend in it tonight – The initial smoke was with 1792 and I suspect the tobacco probably overpowered the innate flavor of the wood.

The other pipe I finished today was this Talbert Briar noseburner, done for a special order:

I find it completely bizarre that I’m currently working on a small pile of requests for Talbert Briar billiard noseburners. Not that many years ago, such tiny pipes (This one is barely over 10cm long) would have been dismissed as toys and been completely unsellable, but today they seem to be passing into a phase of being very popular. They are amazingly cute, regardless. Oh, and in reply to a previous blog comment about the different in blast depth between bowl and shank, it’s a conscious decision because I don’t like deforming the shank lines. Many pipes with high pressure, very deep blasts will have frustrating shank lines, with the briar shank suddenly thinning sharply as it flows from the stem because of the blasting. It’s easy to shape the bowl “fat” – that is, initially larger than it’s intended to be, so it can be heavily blasted and the overall size reduction is invisible, but once the stem is shaped to the shank, deep blasting produces a shriveled shank. I prefer keeping the shank lines consistent and just letting the shank blasting depth be lighter, but it’s a personal thing.

Here are a couple more pics of the rather nice bowl detail: 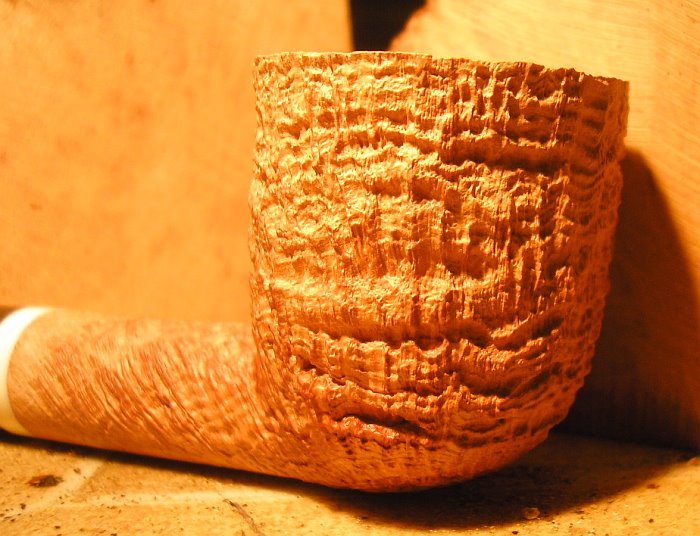 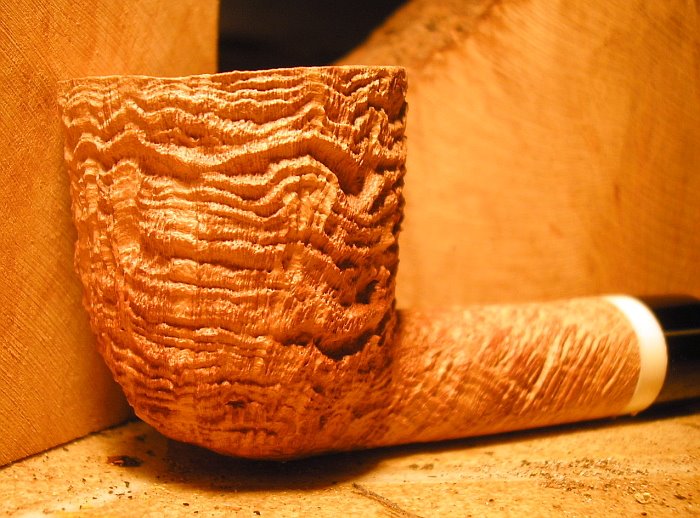