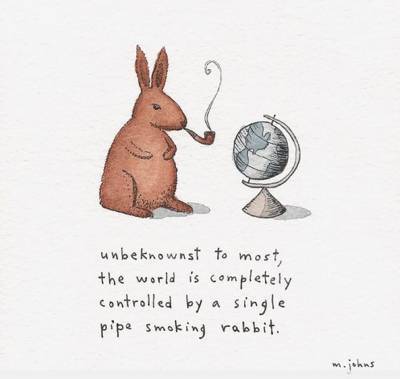 Well, my friend Guillaume from the French pipe club FumeursdePipe just tagged me in that last post, so I guess I must now post “Six things of no importance” on my chosen subject, which I guess is going to be “Pipes and I”. I’ll try and hit six things I probably haven’t mentioned before, like…………

#1. There is a beautiful, bright blue toy SpaceGodzilla in the workshop next to my primary workstation. Usually he lives in my indoor palm tree, but occasionally moves to the tool shelf behind it.

#2. My favorite music to listen to when I first start working out there is the Blues Brothers soundtrack. There’s just something about hearing those opening lines of, “She caught the Katy” that puts my brain into a fun working groove.

#3. Emily can tell when I’m listening to this soundtrack because I’ll be singing and tapping my feet with it. The only other albums I have that produce this physical reaction are my George Thorogood and J. Geils Band albums.

#4. I never, ever smoke a pipe while I’m working. I realize it’s sort of a clichéd rule that all pipemakers must have a pipe in their teeth in the shop, but it would be too damned distracting. Plus I don’t own any pipes I’m willing to drop into a spinning lathe when I open my mouth to sing, “Sweet Home Chicago”.

#5. The portion of my briar stock that’s in the workshop is guarded by a giant rubber rat.

#6. The majority of my online socializing is not in pipe forums but in a private forum called the Pub Crawlers, which I helped found with some friends. There, the discussion topics range freely from pipes to beer to Godzilla to the infinity of geek genre books and films (with special love for horror films, Star Wars, SF, and Sigourney Weaver). It has never needed moderation because only intelligent, friendly people are let in, and because the number one rule of the Pub Crawlers is, “Don’t be an asshole.” Pipemaker Stephen Downie participates also. Anyone interested in joining is welcome to email me for an invite, but be warned that you probably won’t be let in unless I know you well enough to know you’re sane and can play nice with others (and have the suitably twisted sense of humor required).

Voila, my tag! And here’s the perfect little video clip to close it out with.